Why Don’t We All Take Periodontal Disease a Little More Seriously?

Why Don’t We All Take Periodontal Disease a Little More Seriously?

Dr. Richard Nagelberg, a guest blogger at Dentistry IQ, has posted some posts recently where he gently critiques his fellow peers and their methods of treating periodontal disease. While dentists obviously know the impacts periodontal disease can have...

Dr. Richard Nagelberg, a guest blogger at Dentistry IQ, has posted some posts recently where he gently critiques his fellow peers and their methods of treating periodontal disease. While dentists obviously know the impacts periodontal disease can have on overall health, Dr. Nagelberg brings up some food for thought: do patients really get how serious it is?

Whether dentists or patients are at fault for the development of periodontal disease is beside the point. Dr. Nagelberg encourages everyone to have a less laissez-faire attitude. Patients are often told they need to floss more along with their brushing habits, but instead of taking those warnings to heart, they may only do it the day of their appointment. And if a patient has otherwise healthy teeth, then he or she may not bother to test for bacteria that cause periodontal disease. 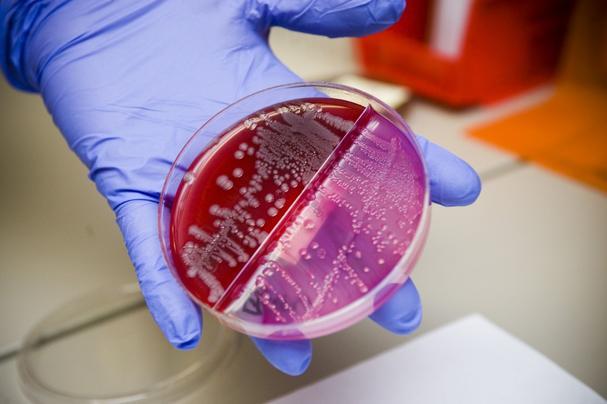 However, this bacterial testing is easy and should be implemented so people start to think about periodontal disease at their dentist appointments:

Patients who have a strong family history of periodontal disease would be an ideal place to start. Since you can reasonably predict that these individuals have some level of elevated risk for periodontal disease, why not find out which oral bacteria they have? And the same for patients with gingivitis who have not yet progressed to periodontitis. If the test shows very few bacteria at low levels, we can conclude that, at this time, the patient is not at risk for the development of periodontal disease, and vice versa. This just makes sense.

Besides testing for bacteria, patients should be educated on the systemic issues that can be exacerbated by this disease, such as diabetes:

The Dental Tribune even released a collection of studies that showed how the disease not only causes chronic inflammation but can encourage bacteria to get into the bloodstream, thus spurring on cognitive issues:

Research has already found Porphyromonas gingivalis (P. gingivalis) in brains of Alzheimer’s patients. P. gingivalis is a bacterium associated with chronic periodontitis. Researchers propose that when these bacteria reach the brain, an immune response is stimulated in the brain to release proteins that kill the bacteria, but also cause broader destruction. . .

A study by professor Stjohn Crean and Dr. Sim Singhrao at the University of Central Lancashire (UCLan) School of Medicine and Dentistry in England involved the examination of brain tissue samples of 10 deceased people with Alzheimer’s and 10 people without it.

It was found that bacteria found in chronic periodontal disease were present in the brains of four of the 10 people with Alzheimer’s but in none of the 10 without it. Researchers theorized that chronic periodontal disease bacteria, P. gingivalis, enter the bloodstream and brain, prompting an immune system response, which over time is thought to contribute to cognitive decline and Alzheimer’s disease.

Magazines, the web, TV shows, and every other media outlet is already inundated with warnings and studies about Alzheimer’s, heart disease, and the like. Because the general public is already aware of these serious diseases, why isn’t it more up-to-date on periodontal disease? Besides being a serious condition by itself, the public should understand how it increases the risk of secondary conditions.