Do You Have Gum Disease? How a Diet Overhaul Can Make a Huge Difference

Do You Have Gum Disease? How a Diet Overhaul Can Make a Huge Difference

If you have early signs of gum disease, your dentist has probably recommended treatments such as scaling and root planing and/or pocket irrigation. While these types of treatments can certainly mitigate and even eliminate gum problems, you don’t want...

If you have early signs of gum disease, your dentist has probably recommended treatments such as scaling and root planing and/or pocket irrigation. While these types of treatments can certainly mitigate and even eliminate gum problems, you don’t want to leave all of the heavy lifting to your dentist. For instance, if you have poor oral hygiene habits or are a smoker, these are lifestyle choices you’ll want to consider adjusting. Of course, breaking old bad habits can be difficult–an easier route may be to introducing new and better habits In fact, you may not even need medication or a treatment to stop slowing down your gum disease if you make small changes. DrBiscupid.com has featured several studies that show that dietary changes can have big impacts:

. . . for four weeks, their diet consisted of primal foods endemic to their area in Switzerland about 5,700 years ago. No processed foods were available for them to eat. These participants had to gather and forage for the majority of their food. In addition, these individuals were not able to brush or floss their teeth during the entire four weeks. Signs of gum infection were measured, and cultures of bacteria in their dental plaque were taken before and after the study. At the end of the four-week study, there was a significant decrease in signs of gum disease even though all 10 participants could not brush or floss their teeth for the duration of the study. Although amounts of dental plaque increased, disease-producing bacteria did not increase in the plaque. . .

The participants in [another] experimental group had to change their diet. Their new diet consisted of foods low in carbohydrates, rich in omega-3 fatty acids, and abundant in vitamins C and D, antioxidants, and fiber. The control group participants did not change their eating habits. As far as oral hygiene was concerned, researchers told all 15 participants not to clean between their teeth with dental floss or interdental brushes.

However, they did not have to change the way they brushed their teeth. The four-week study began after each group had a few weeks to acclimate to these changes. Researchers recorded the signs of gum disease in all participants at the start and end of the study. At the conclusion of the trial, the researchers found that all disease parameters decreased significantly in the experimental group by about 50% from the starting point. In contrast, all inflammatory markers increased from the starting point in the control group. 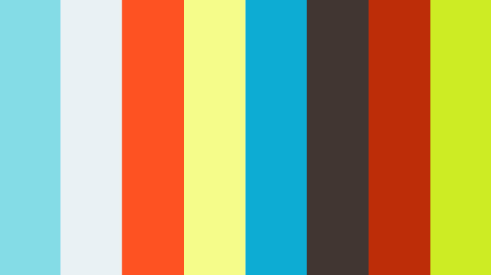 It’s pretty astonishing that despite poor (and somewhat gross!) hygiene habits, many participants in these studies were able to see disease parameters decrease due to nutrient-rich diets! Although people know that “eating healthy foods is good,” we probably underestimate just how much it helps.

If you run a quick search on Google about “chronic inflammation,” you’ll find that many serious illnesses–like gum disease–have this side effect. And since these participants are eating anti-inflammatory foods that heal the gut and strengthen the immune system, it seems likely, that inflammation and bacteria would decrease as well.

Besides helping gum disease, why does this diet change matter so much? There have been many studies that have linked diabetes, Alzheimer’s disease, heart disease, etc. with gum disease.

In fact, an article was just released this month that talked about how people with arthritis are more likely to have gum disease:

Rheumatoid arthritis is a chronic form of arthritis linked to an overactive immune system. It can affect a variety of body systems, not just the joints. The disease affects roughly 1.5 million U.S. adults, according to the U.S. Centers for Disease Control and Prevention. For more than a century, scientists have noticed that people with this inflammatory disease are more likely than others to suffer from gum disease, Andrade noted.

Researchers began to suspect a common factor was triggering both diseases. In recent years, investigators have found signs that rheumatoid arthritis patients with fewer teeth — possibly as a result of gum disease — have more severe cases. Researchers have also reported that people with gum disease are twice as likely to have rheumatoid arthritis, the study authors said. But the explanation for the connection wasn’t clear.

This finding raises the possibility that the germ could cause both gum disease and rheumatoid arthritis, the study authors suggested. According to Andrade, the bacterium may afflict the gums and then cause swelling in the joints as a kind of side effect. Researchers have also wondered about the reverse — whether gum disease could be a side effect of rheumatoid arthritis.

A study published in Current Oral Health Reports raised the question of whether the gums might be, in effect, another affected “joint.” If gum disease can be reduced with diet, could the rise of these serious illnesses be reduced as well?

Certainly starting with diet changes is the way to go according to Dr. Alvin Danenberg–the author that presented the dietary studies. He says that he’s been advocating diet changes with his patients for years. There are clearly observable benefits. And while your focus may be your gum health, for now, these diet benefits can definitely be huge in improving overall health and preventing secondary illnesses.