There is a new technique for detecting oral cancer in development, thanks to Canadian scientists. The test is still in development, but scientists have high hopes for the new procedure and its ability to detect oral cancer in the early stages before it has a chance to spread. The new test also promises to be less invasive than the current methods of identification, which in most cases include a biopsy.

Dentists can screen for worrisome signs in patients, and such screenings are very important, but many times these screenings show up too late. The oral screenings can detect cancer that is already present, whereas this new test hopes to be able to test and identify precancerous sores, which would allow the disease to be treated in the early stages. 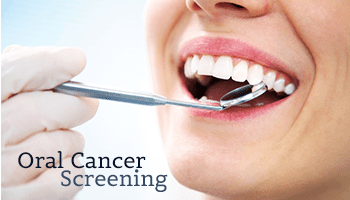 With any type of cancer, pre-screening is an important tool because it allows doctors to formulate a treatment plan and fight the disease before it has a chance to spread. Pre-screening exists for other types of cancer, such as ovarian or prostate, but as of right now there is no early detection for oral cancer and this is what scientists at the Canadian Cancer Society are hoping to change.

Oral cancer is a term that refers to cancer of the tongue and inner mouth area. According to the Oral Cancer Foundation, over 40,000 Americans will be diagnosed with oral cancer in 2016. 43% of those diagnosed will die within five years of being diagnosed. The lack of pre-screening plays a part in the high mortality rate because oral cancer is rarely caught in the early stages, which makes it harder to combat.

What treatment options are available?

Even for those lucky enough to survive, it is a tough battle. The main treatment for oral cancer is surgery. Intensive surgery can lead to long-term effects in regards to speech or physical disfigurement. Early detection would open the door to other treatment options.

The new treatment plan is in the testing stages, the scientists will soon be testing the process on new patients without any history of oral cancer and they are optimistic that their trial will be successful and that the test will one day become the non-invasive standard for screening oral cancer.

While this test is still in the early stages of development, there are still ways to diagnose oral cancer in the early stages. One of the most important steps is to maintain good oral health and to go for regular check-ups with your dentist. You should also be checked out immediately by a health care professional if you are experiencing the following symptoms: